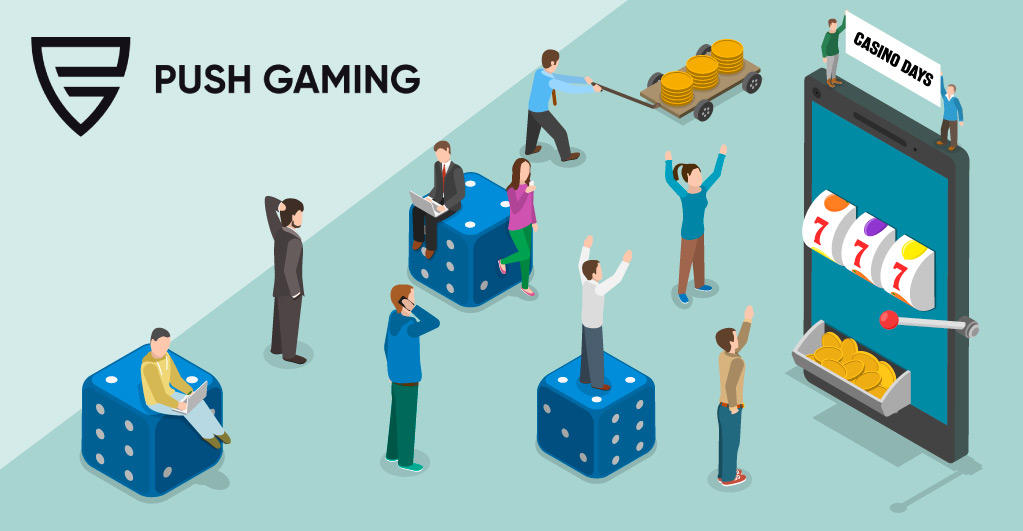 On 2nd September, Push Gaming tweeted about its presence on the newly launched casino ‘Casino Days’. It will be a one-stop-shop for all users looking for its games.

Talking about Push Gaming, it is a B2B gaming supplier and online casino content developer. It is an active supplier of mobile and other online games, in the field of betting and gaming industry. To date, it has developed several thrilling and innovative slot games while offering an immersive user-experience. Razor Shark, Mystery Museum, and Joker Troupe are some of its exemplary works done in the past. With a huge consumer-base, the company is moving ahead with strategic deals with other entities.

Recently, it has started on a venture with Rhino Entertainment to expand its slot portfolio to a wider audience. Now Push Gaming will be supplying its slot suite to Casino Days, which will significantly increase its popularity.

Ross Parkhill, MD at Rhino Entertainment, said that they are thrilled to join hands with a leading organization like Push Gaming. It will certainly prove out as a great move towards their mission of delivering a great player experience. They are seeking a consistent and fruitious relationship in the future, Parkhill added.

This latest partnership with Rhino Entertainment is done from the perspective of both consumers and operators. It is a win-win situation for both entities. On this deal, James Marshal (CEO of Push Gaming) has commented that this deal with Rhino Entertainment has enhanced its current market position. Further, it has provided them with another opportunity to scale their business vertical, said Marshal.

Although this is the first deal of Push Gaming with Rhino Entertainment, the latter has done numerous other strategic partnerships with many leading operators like GVC and William Hill, since its launch of Casino Days.